How Does Tesla Attract Customers? 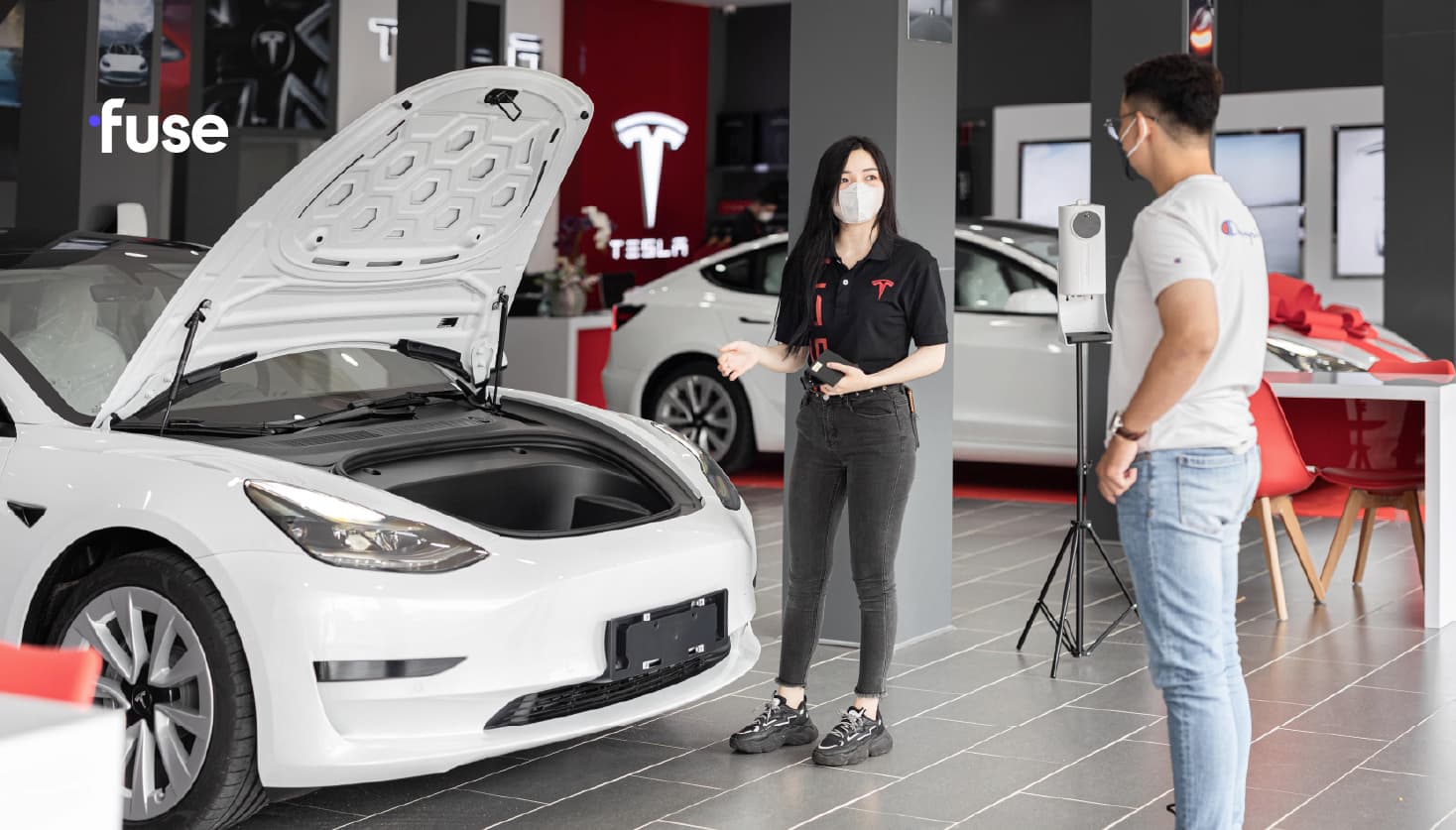 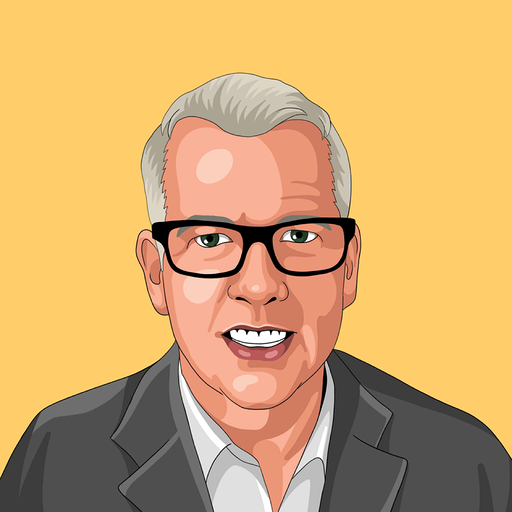 Over the past decade, Tesla has become a household name. A giant to be respected, the company has realized astronomical growth while taking the automotive industry by storm. How does Tesla attract customers? Let’s take a look at the company’s journey so far. There’s a lot to learn both from what’s gone right and where the brand has fallen short.

Tesla started out back in 2003, but the brand didn’t rise to the top at the get-go. Following a decade of struggles, leadership controversies, and moderate successes, it was only in 2011 that the modern face of Tesla fully emerged into the mainstream.

Even then, the company sold just 2,500 roadsters (which are each now worth millions of dollars). But in the 10 years since, Tesla has grown to be a $688+ billion business as of the day of this writing.

What exactly is the root of this success? The company’s competitive advantages can be categorized into five key areas:

Consumers’ eyes are on electric vehicles (EVs) right now. To many, they’re seen as the solution to becoming less reliant on fossil fuels – regardless of whether the appeal is to save the planet or save money at the gas pump. Speaking of saving money, because of their green credentials, EVs are backed by a U.S. federal tax credit of up to $7,500 – yet another motivator for budget-conscious consumers.

Having a visionary leader is a huge part of what makes many businesses so successful. Tesla is the prime example of this. Whatever your opinion of him, Elon Musk is one of the most famous CEOs in the world today. For better or worse, his leadership and strategy have propelled the brand into outer space (both literally and figuratively).

As you know, the vast majority of automobile manufacturers sell their vehicles through franchised dealers. But Tesla has disrupted the traditional dealership business model by going the direct sales route. The company has invested billions of dollars into creating Tesla-dedicated stores and ramping up the hiring of “advisors” (a.k.a. sales people).

Alongside its EVs, Tesla sells the benefits of the direct sales approach to potential customers. The company claims that traditional dealers simply aren’t equipped to sell EVs properly – the Tesla customer experience is streamlined and special. Tesla is completely dedicated to its customers and treats each person as an individual.

The company’s workers are also paid by salary rather than by commission. The idea behind this is to prevent pushy sales techniques. Saturn took a similar approach in the 1990s, training staff on low-pressure sales techniques and ensuring customers only received service from one Saturn employee at a time.

Related Read: What Dealerships Can Learn from Saturn

Tesla has a reputation for delivering one of the best retail automotive shopping and purchasing experiences out there. While the company announced plans to move many of its physical stores out of high-end shopping malls into more cost-effective-to-lease locations like parking lots and warehouses, Tesla still boasts a U.S. inventory of 217+ stores and counting.

The company’s leadership understands the value of product presentation, providing in-person support, and creating an atmosphere that reinforces its brand image. Having a physical store, when done right, can build brand loyalty by offering experiences that can't be replicated online.

Even though many consumers want the car-buying process to be digital-first, the majority still want a positive in-person experience that aligns with what they encounter online. Dealerships today need to form a strong connection with car buyers online and in store.

When asked why they’re hesitating to switch to an EV, many consumers cite concerns about the availability of charging stations. The first thing people tend to question is whether there’s one near home or work, and whether they can access one as often as needed on longer journeys.

Thanks to its head start in the EV market, Tesla engineers conquered this obstacle by creating the most efficient and expansive charging network in the world.

Tesla wins the title of the most influential manufacturer in the EV market, there’s no doubting that. While the brand may not have invented EVs, the Model S proved the desirability of electric vehicles to the Western market. It was only when other automakers realized how much Tesla was monopolizing that they finally invested seriously in their EV platforms.

But this doesn’t mean Tesla has gotten this far without any faults. The organization has made critical mistakes that have helped contribute to the market shift we’re seeing today. All the while, other automakers have stepped into the EV space and begun to assert themselves.

Recently, signs of Tesla’s market share vulnerability have become apparent in a shift that previously seemed unthinkable. So, where has it gone wrong for Tesla?

Not long ago, Elon Musk declared his aim to make premium EVs affordable to the masses, with the promise of a $25,000 model by 2023. However, the U.S. market has seen steady price increases across nearly all models. Some prices have climbed by as much as $6,000, with the hike being attributed to inflation, supply chain constraints, and a surge in the price of raw materials. In the midst of this, Musk has warned of needing to lose 10% of his workforce, further contributing to a sense of chaos.

Following the price increases and the issues that have caused them, the $25,000 model price tag now seems a distant reality.

Tesla EV prices may fluctuate, but they’re still considered the perfect premium cars, right? Not quite. Along with cost controversy, there’s been growing concerns about build quality across Tesla’s lineup. This has somewhat tainted the glowing media image the manufacturer enjoyed previously.

Drivers have taken to social media to share issues they’ve experienced, expressing their disappointment at the compromises to quality. In addition, this happened during a manufacturing scale-up, highlighting the limitations of mass producing Tesla vehicles.

Whereas established automakers have little-to-no issues with consistency, the challenges Tesla faces have risen to the surface – and buyers have felt misled yet again.

Tesla’s disruption to the automotive industry is a valuable lesson: fail to innovate, and others will beat you to it. No matter how established the major players are, they risk losing market share if they don’t improve their offerings.

The same lesson applies to traditional franchised dealers. But to respond effectively on the retail automotive side of the equation, it’s important to fully understand what primary factors influence changes in car dealership market share:

Prior to the Internet, store visits and the physical inspection of products played a prominent role during the retail consumer buying process – especially for high-ticket items such as vehicles, electronics, and furniture. Then along came Vinton Cerf and Bob Kahn, the computer scientists credited with inventing the Internet communication model. ARPANET adopted this model on January 1, 1983, and the “modern” Internet was born.

Add in online shopping – originally pioneered by the U.K. entrepreneur Michael Aldrich, the eCommerce personalization genius of Jeff Bezos’ Amazon, and a multi-year worldwide pandemic, and we’ve roughly arrived at where retail consumer preferences are at today.

In other words, today’s consumers prefer a technology-enabled, highly personalized, and largely digital retail buying process – and the car dealerships catering to these are the ones snatching up market share.

At the same time, even the Tesla car buying process doesn’t fully embody automotive digital retailing. There are physical showrooms and galleries sprinkled throughout the U.S. – plus, there’s still an in-person component to every sale of a brand-new Tesla.

Usually, a buyer will go to a Tesla delivery center, sign some documents, and receive a short orientation. The whole thing takes approximately half an hour.

If the buyer lives far away from a delivery center (or in a state with strict dealership laws), the option of home delivery is extended. In this instance, a representative from Tesla comes to the buyer’s house to deliver the vehicle directly.

Long story short: no one – not even Elon Musk’s Tesla – offers a 100% digital car buying process. (The same goes for the Vrooms and Carvanas of the world!)

Therefore, the in-person customer experience is the current battleground for gaining retail automotive market share. In-person is The Place for dealers to differentiate themselves from the competition.

Differentiating a dealership’s in-person customer experience starts with making internal changes. Adopting a one-price, one-person approach – much like that of Tesla – in which a single point of contact handles the entire transaction with no haggling (including financing and the presentation of F&I products) has been proven to increase customer satisfaction and sales.

However, changing up the traditional dealership business model isn’t easy. Just because “one price, one person” has been done before (and done so successfully), that doesn’t mean dealers should make the transition alone.

Dealers who work with a consultant like Fuse are able to map out the process better, realize greater predictability in knowing what to expect, and achieve organizational change within desired timeframes to meet core business goals.

How can you utilize these important lessons to increase your car dealership’s market share? Read on for five key takeaways:

Again, customers don’t want to fight for a reasonable price when they’re buying a new car. They don’t want to haggle. What was once seen as a necessity is now an inconvenience. And nowadays, they know that straight-up honest pricing is a possibility elsewhere. If you fulfill this need, you’ll instantly get more loyalty and respect. So consider a no-haggle, one-price policy to set yourself apart from competing dealers.

Likewise, a shift to a customer-first business philosophy won’t go unnoticed. A focus on sales, sales, sales isn’t appealing to customers. They want a single point of contact and a straightforward process that prioritizes their needs and puts the fun back into shopping for a new vehicle.

Explore software options that allow you to carry out transactions quickly and digitally – and can be managed by one person. Fuse Transact provides all you need to give customers a smooth, frictionless sales experience with a single point of contact.

Sure, Elon Musk’s publicity has worked fantastically as free advertising for Tesla. However, not every dealership has an Elon Musk. Dealers can raise their profiles using one of the most effective marketing methods available to gain market share: word-of-mouth.

By delivering a differentiated customer experience that goes above and beyond what today’s retail consumers have come to expect from traditional franchised dealerships, word will spread like wildfire among satisfied and delighted customers’ inner circles.

At Fuse, we keep our finger on the pulse to help dealers like you capture market share. With our tools and insights, you’re able to capitalize on many opportunities that pass others by. Our technology enables you to streamline the car buying process in a way that benefits both you and your customers.

To learn more about our innovative solutions and see how they can help you boost your dealership’s market share, get in touch today. 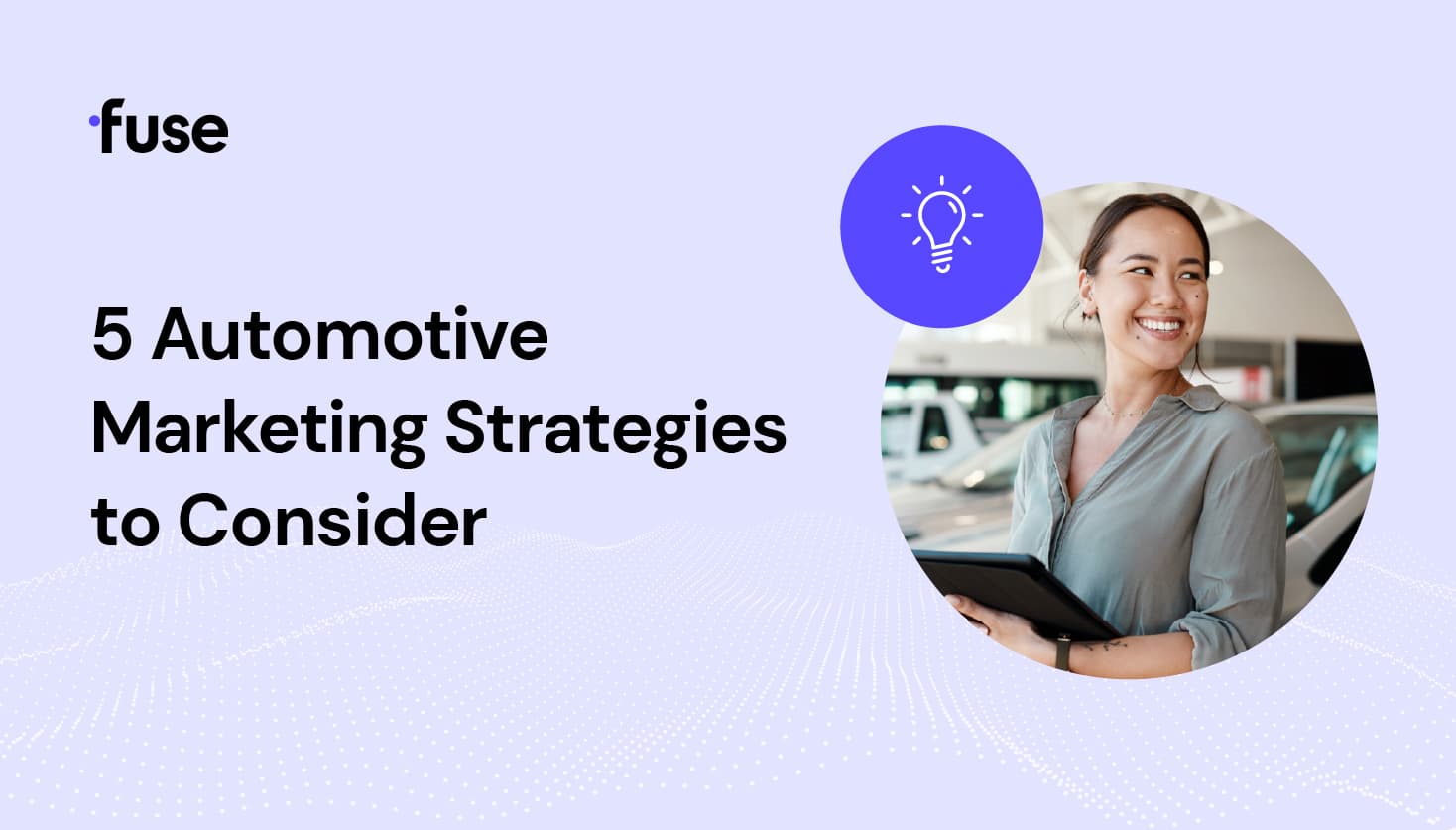 The car buying process has evolved substantially over the years. What used to be an entirely in-person experience is now often initiated online and finalized in person. By the time most car buyers... 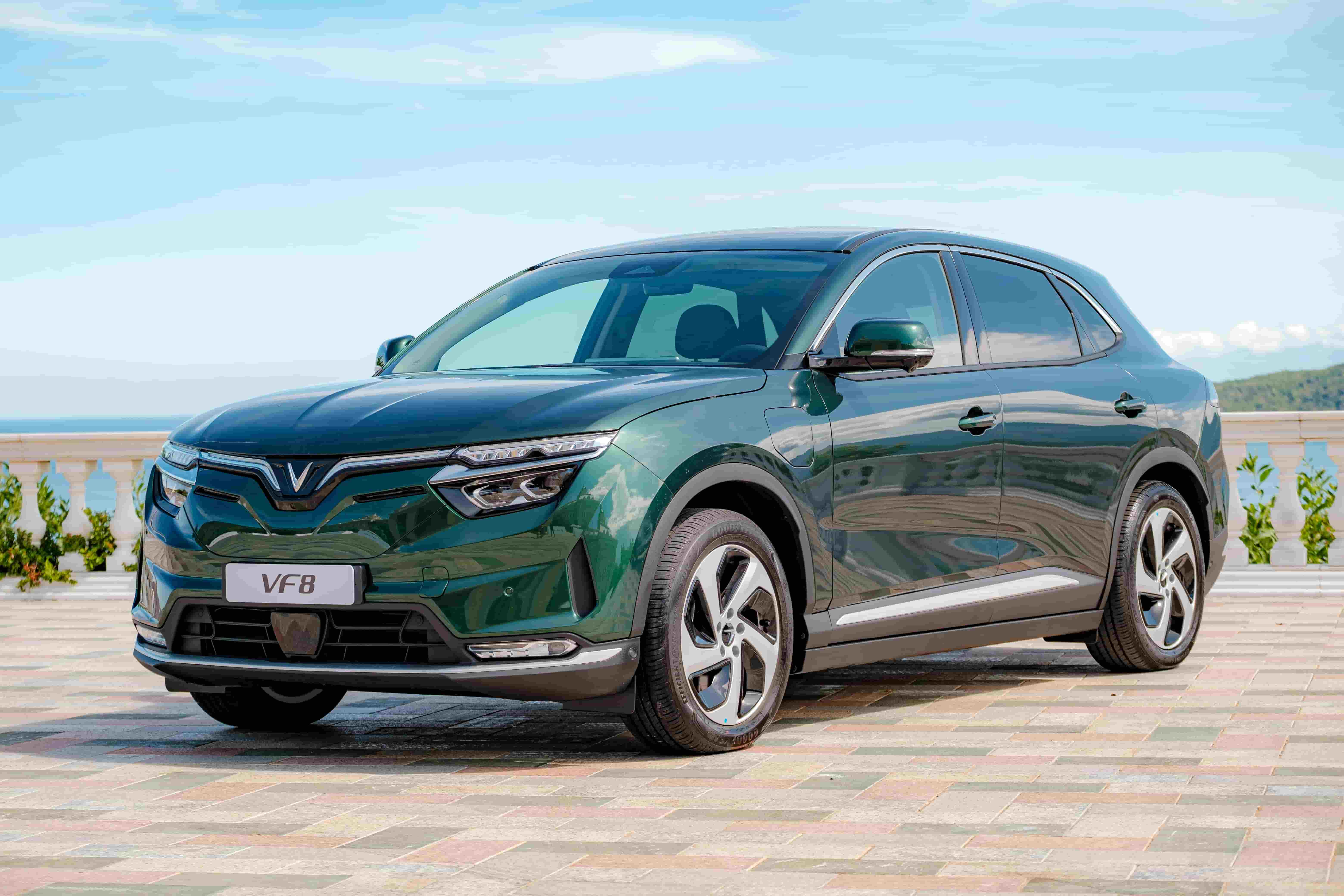 VinGroup/VinFast’s Introduction To The Rest Of The World You’d be forgiven if you’d never heard of the company VinGroup, or its automotive subsidiary VinFast. But, unless you are connected to the... 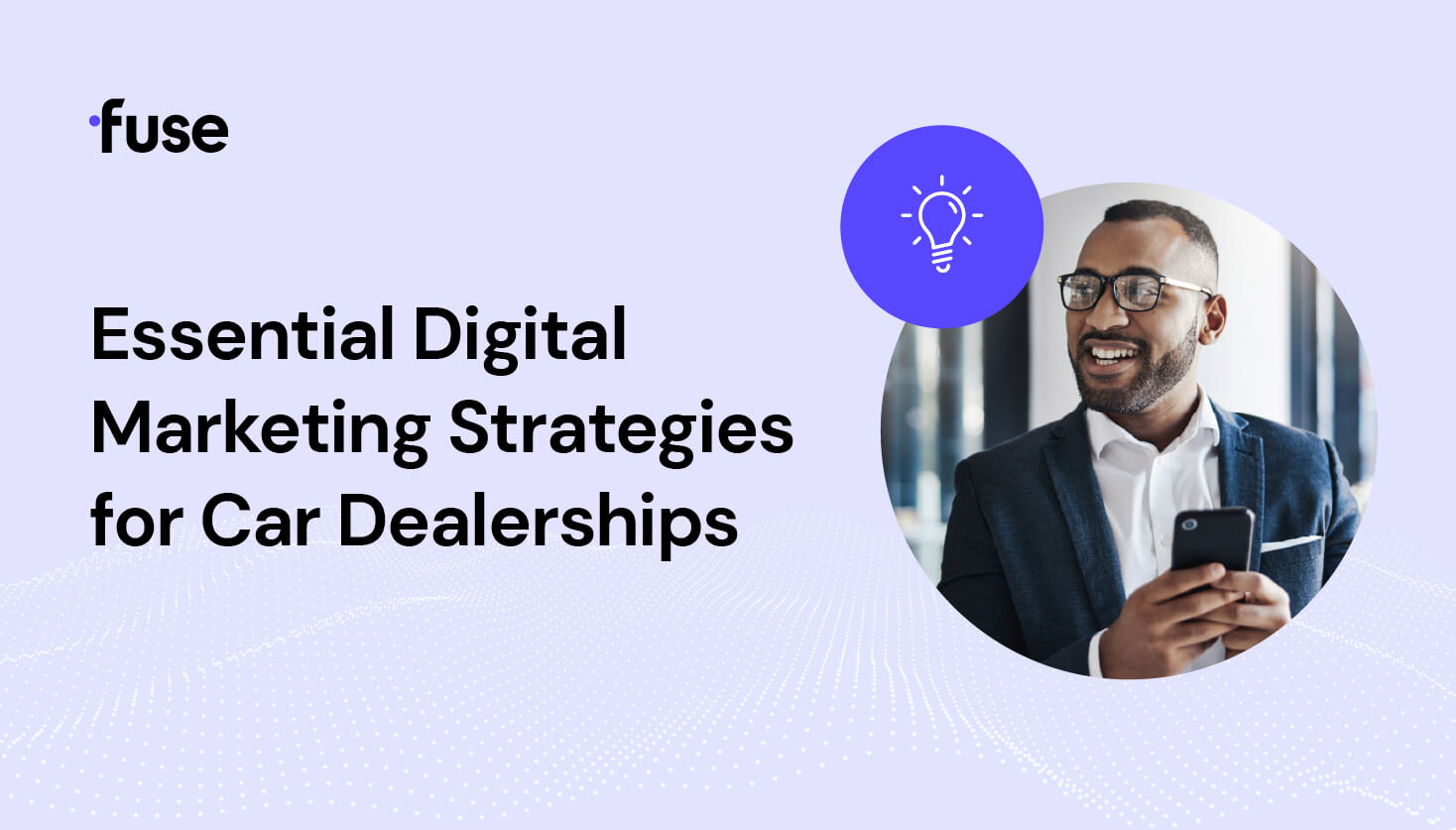 The times, they are a-changin' — especially when it comes to dealership marketing. Retail automotive marketing today is both fast-paced and cutthroat. The good news? By implementing the digital...